GLS Now is exclusively designed for individuals and
teams who want to take their leadership to the next
level throughout the year and beyond.

with discussion guides and notes 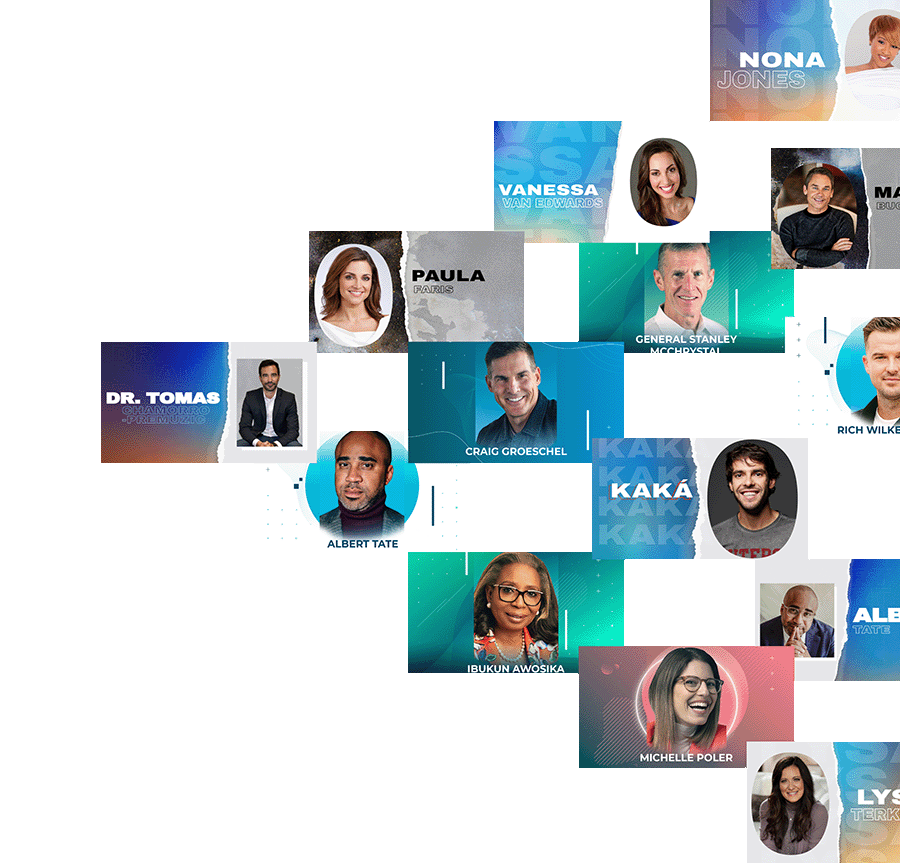 Watch and Discuss Summit Talks with Your Team

Enjoy the entire training 24/7, learn at your own pace 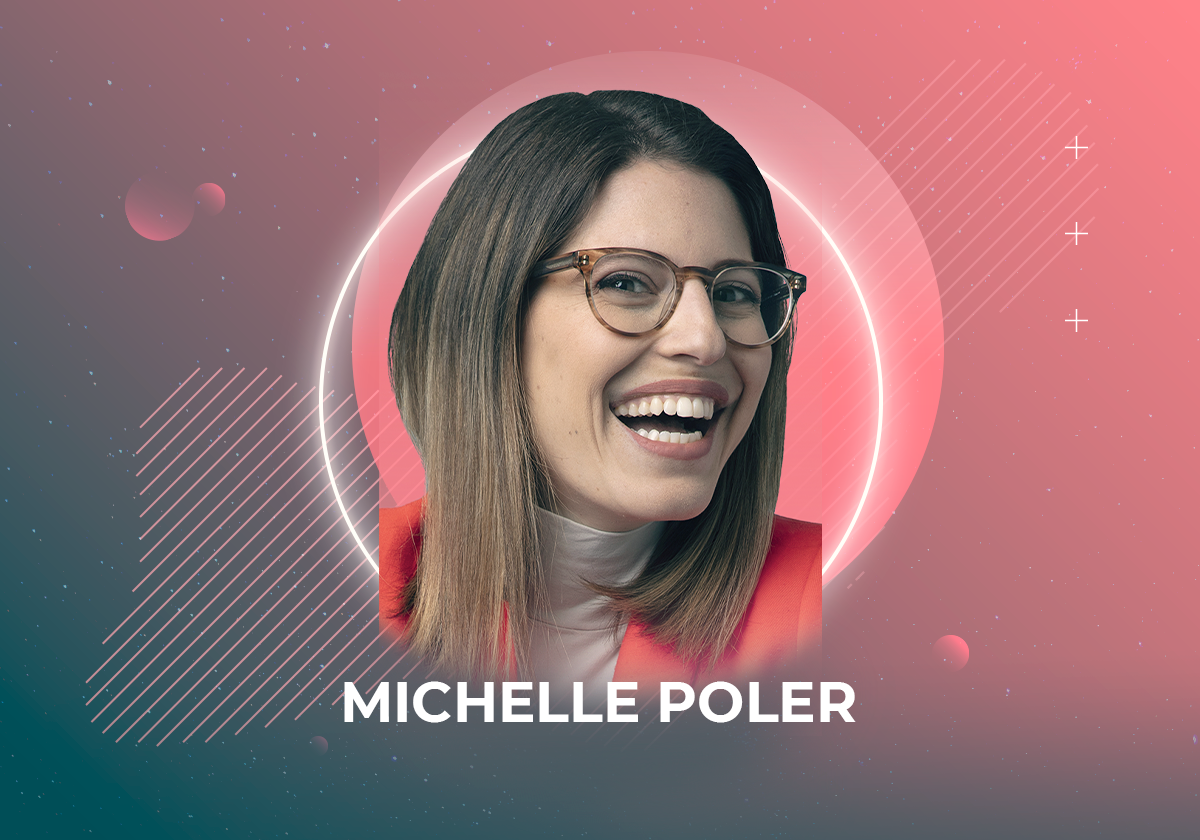 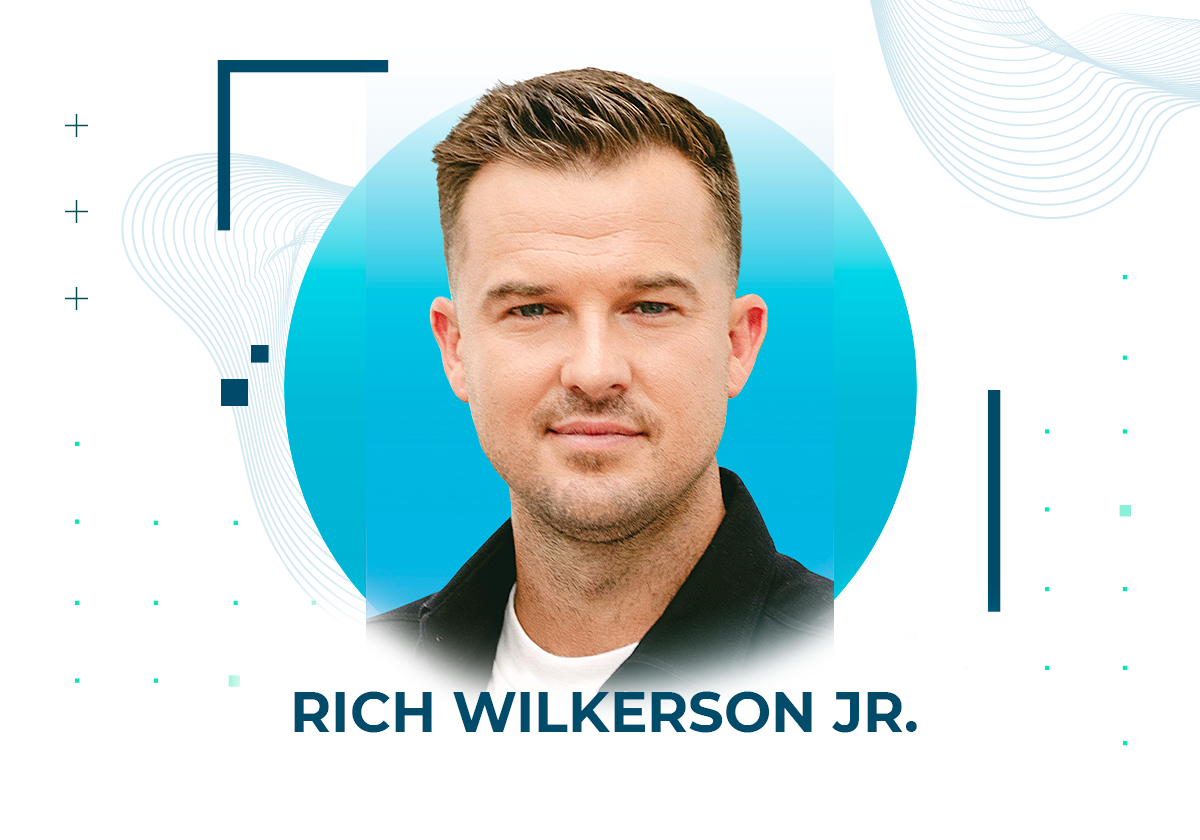 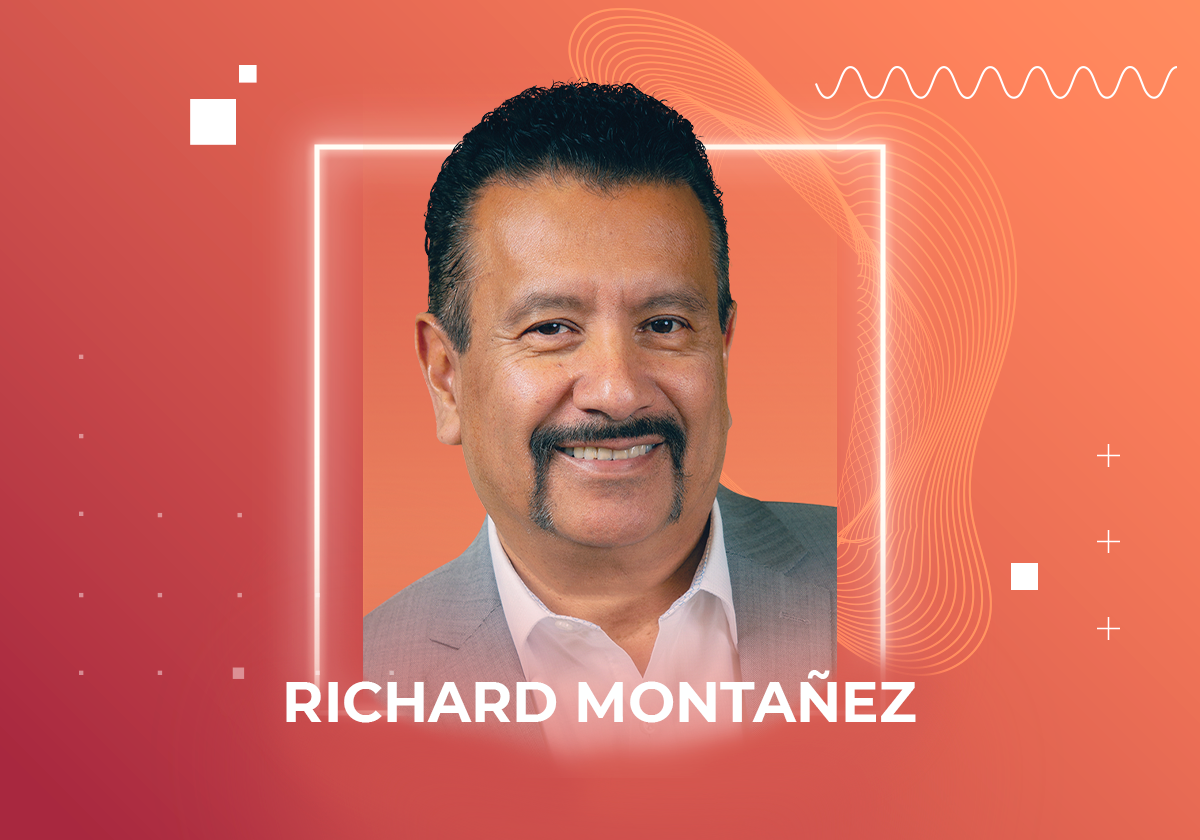 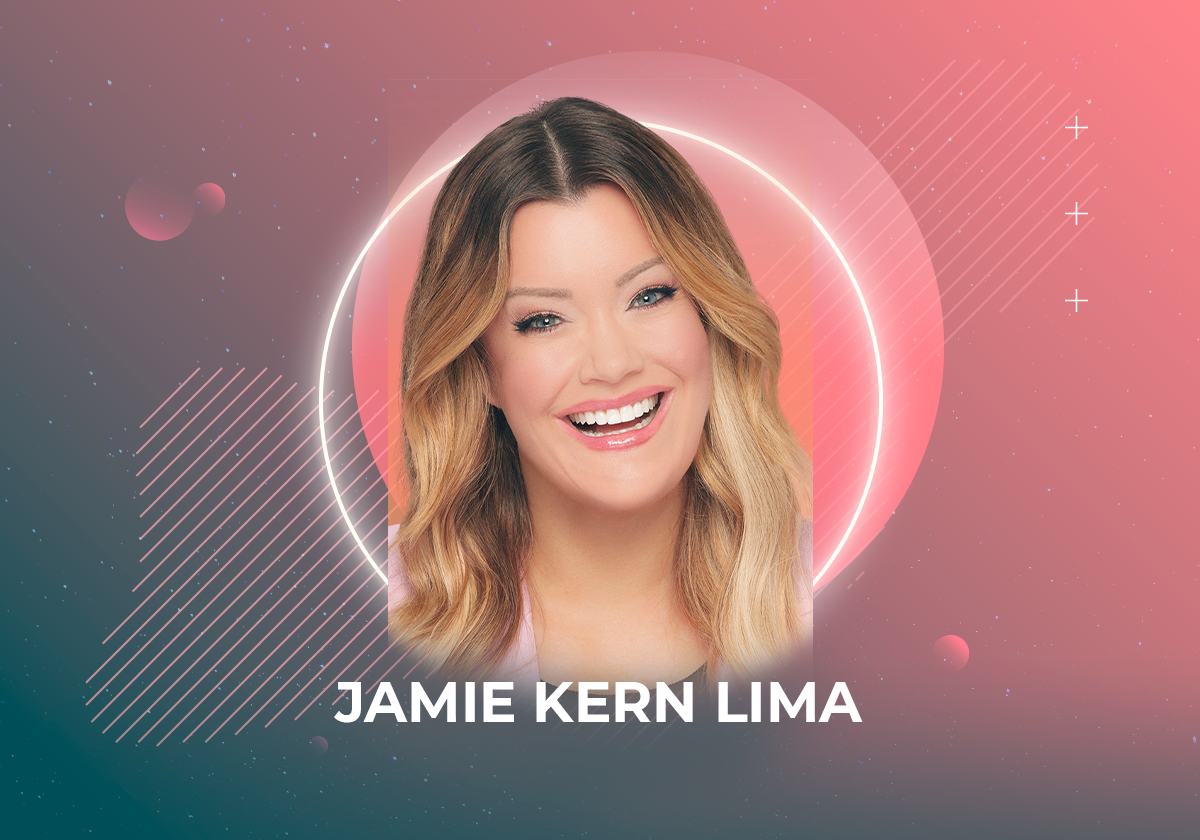 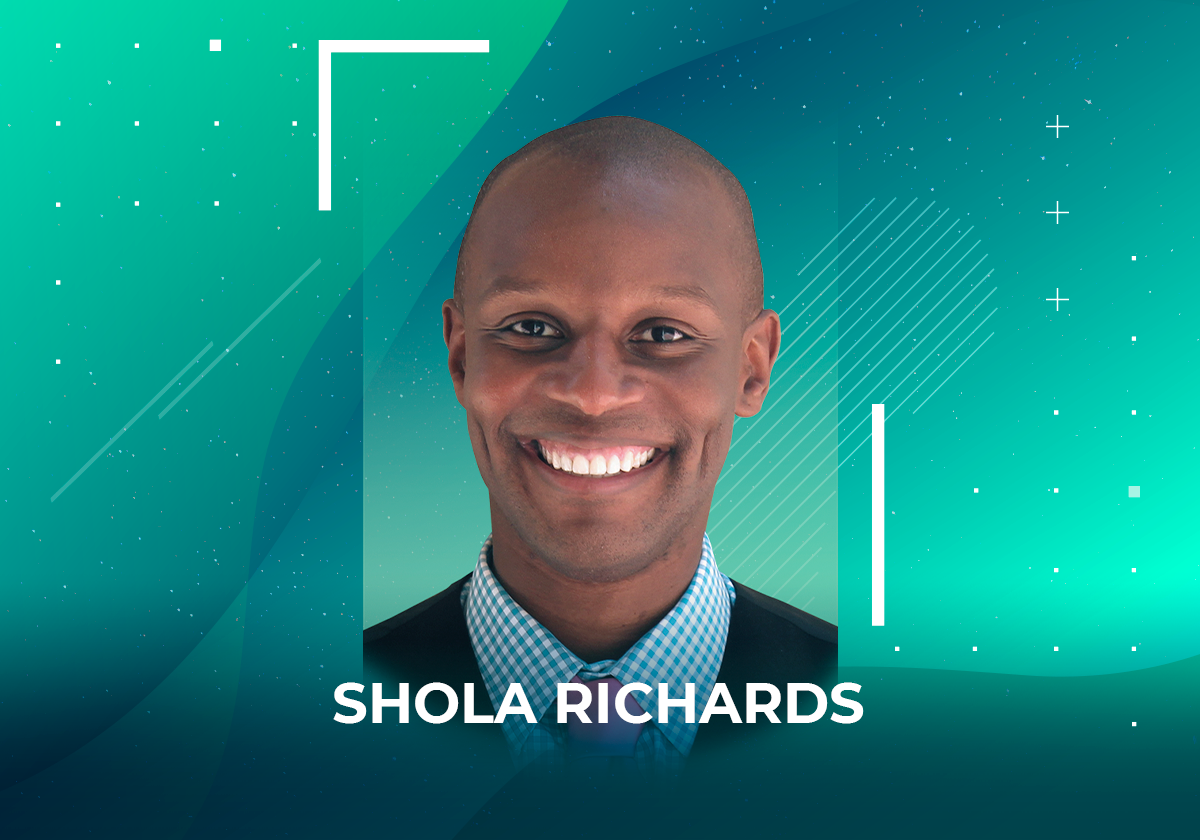 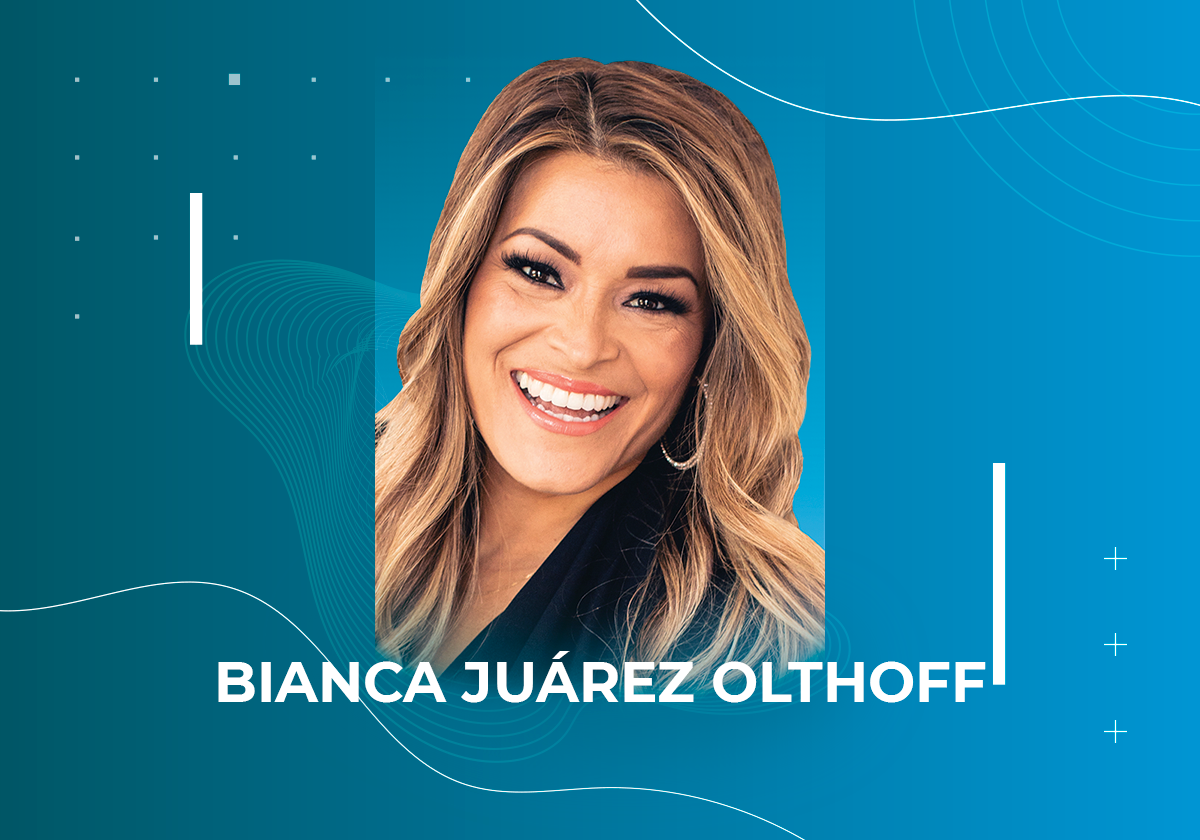 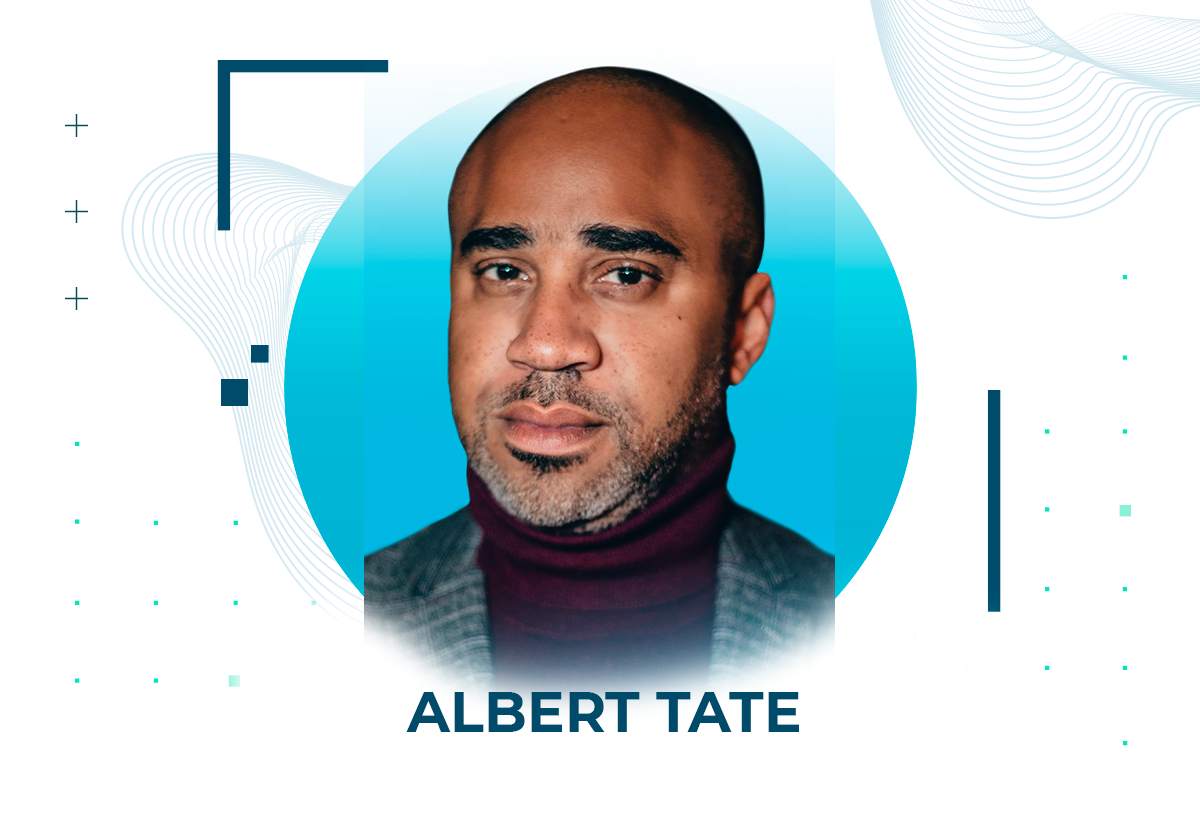 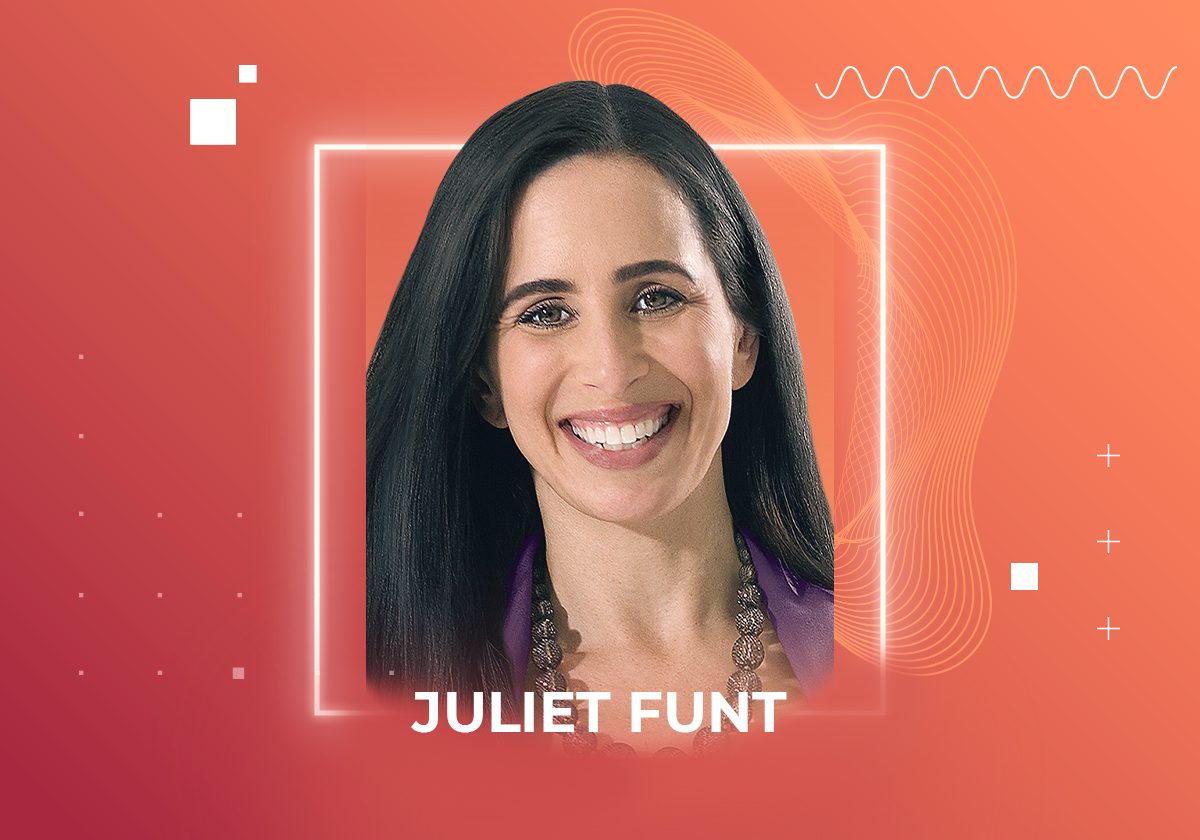 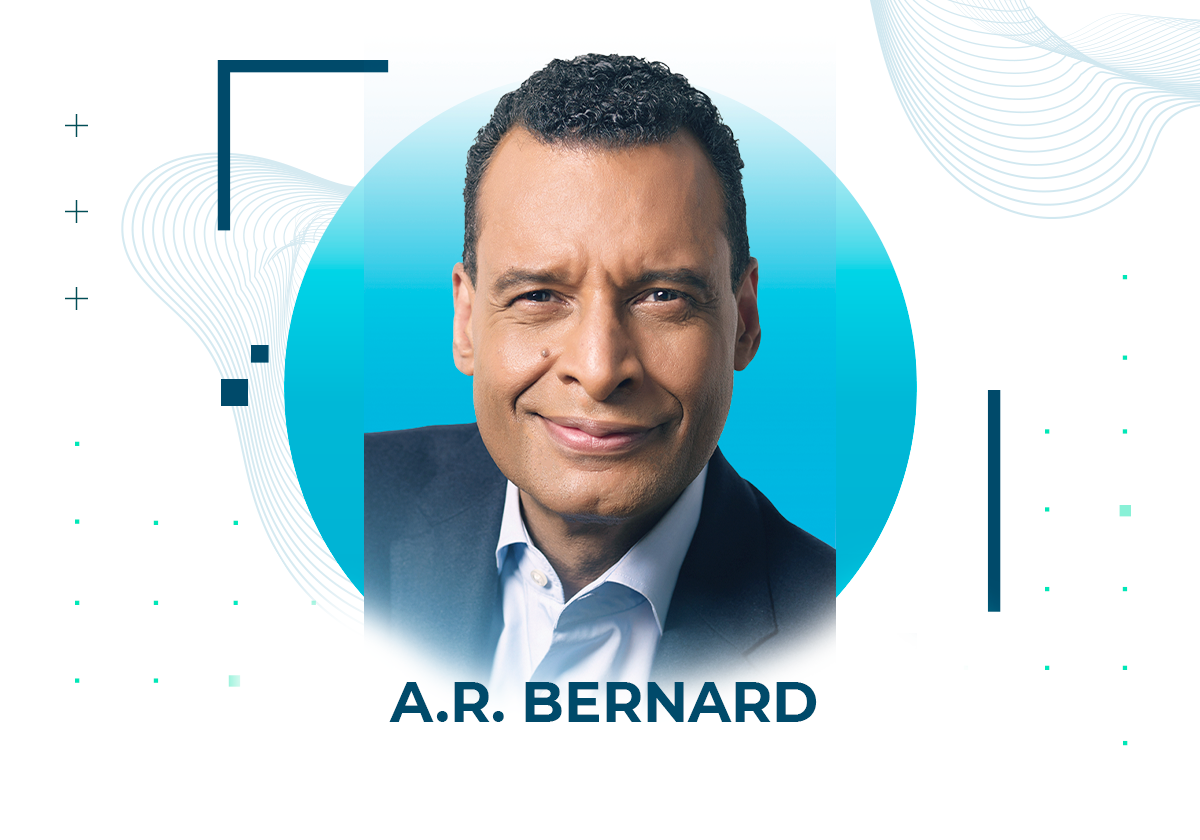 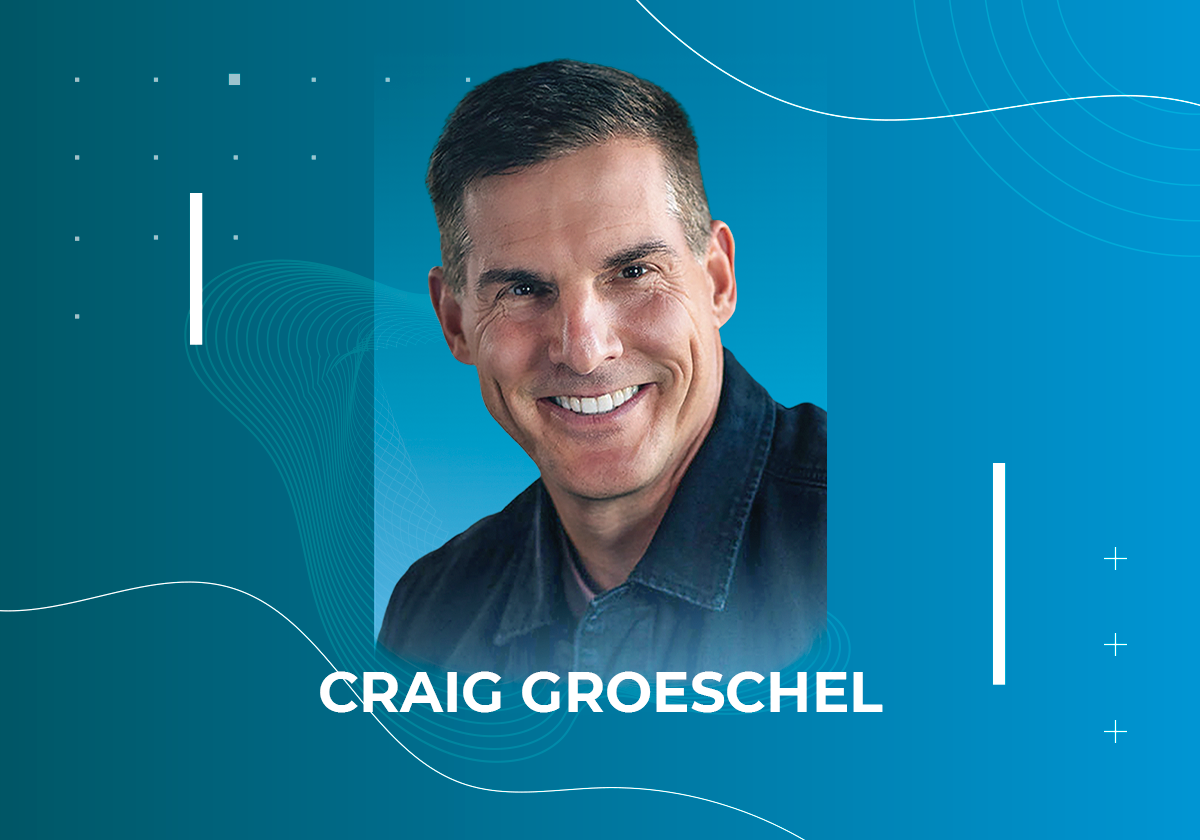 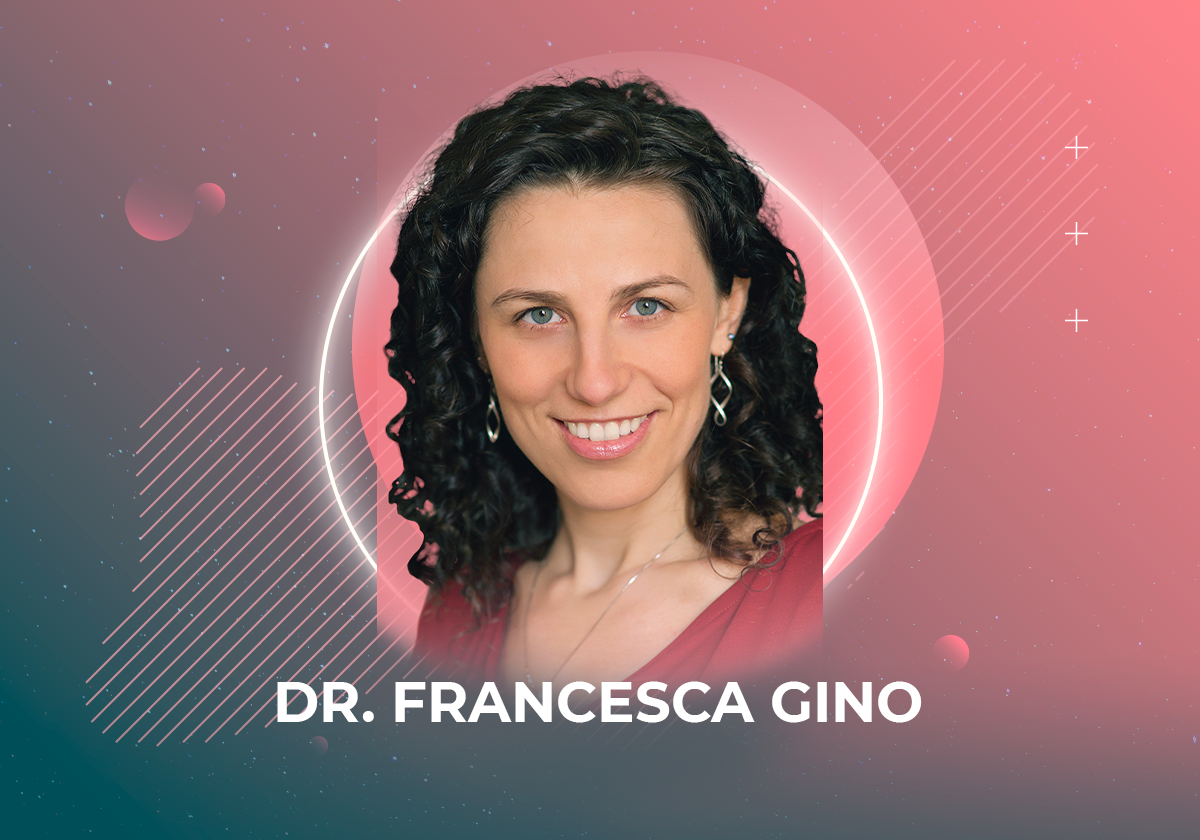 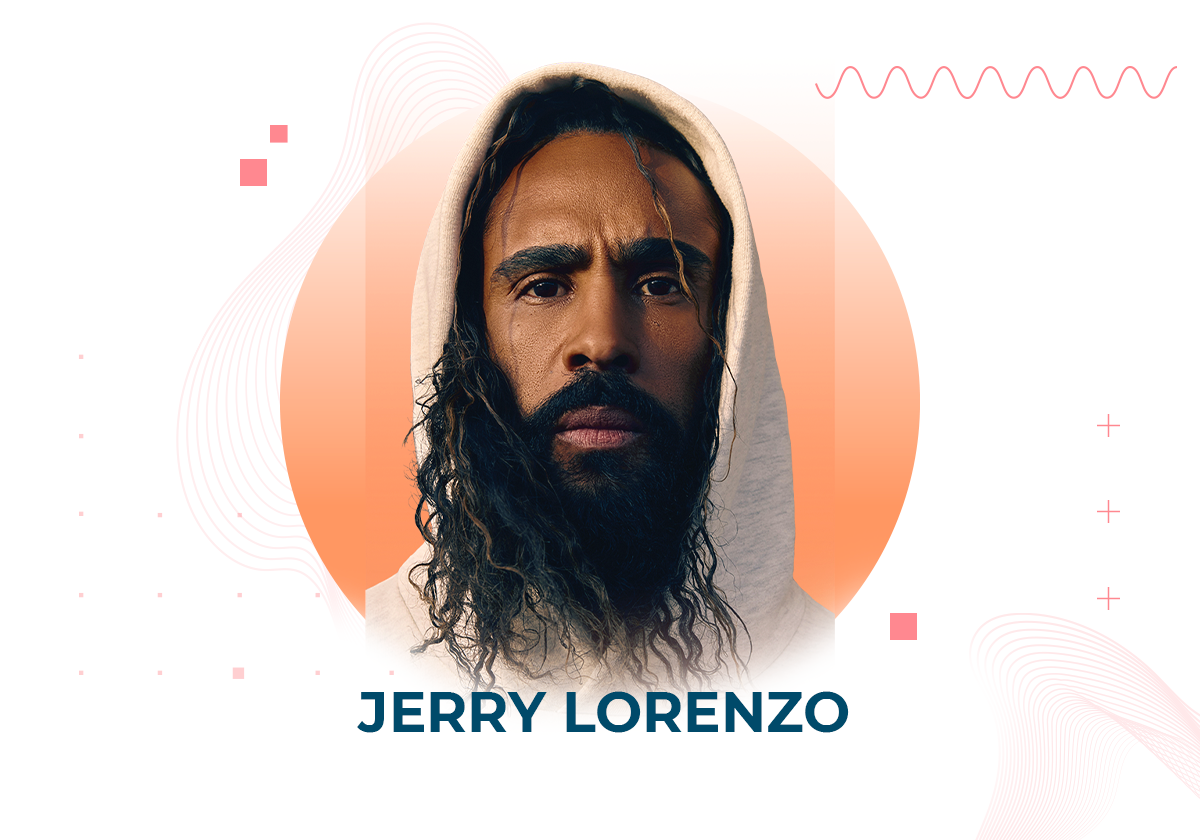 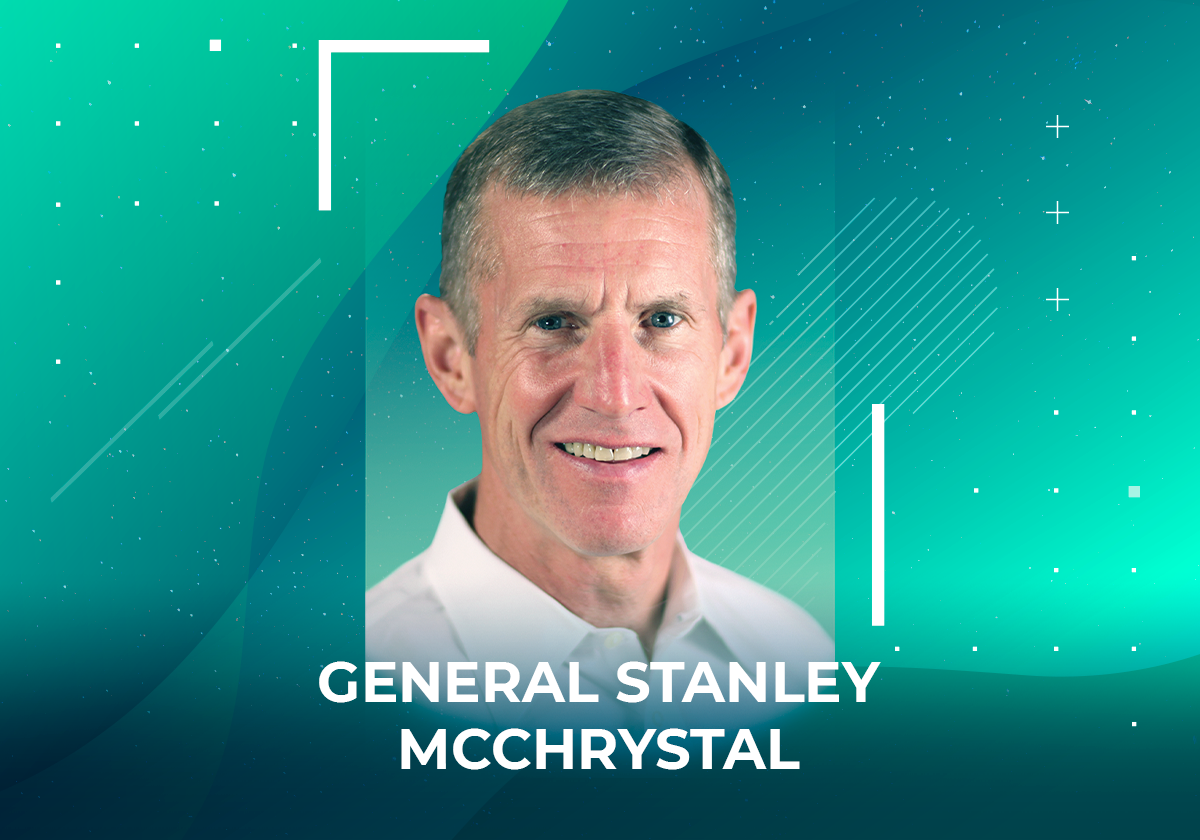 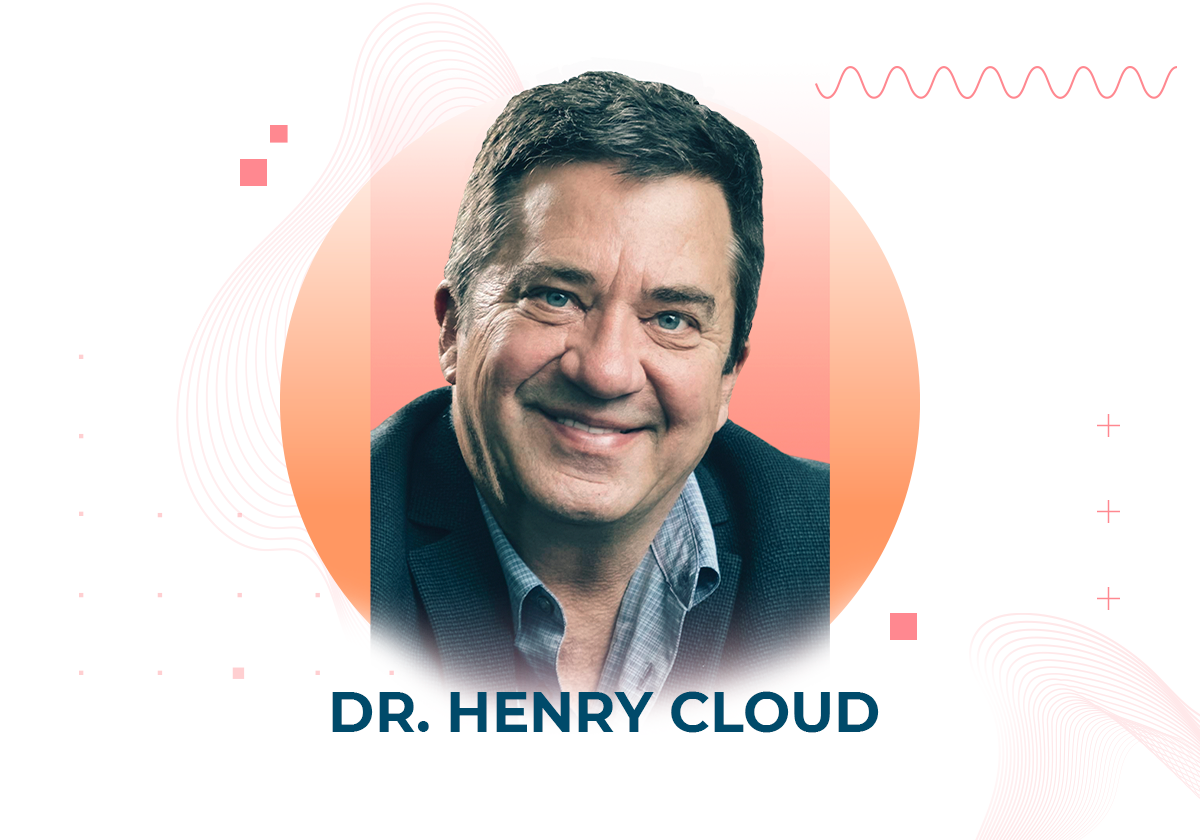 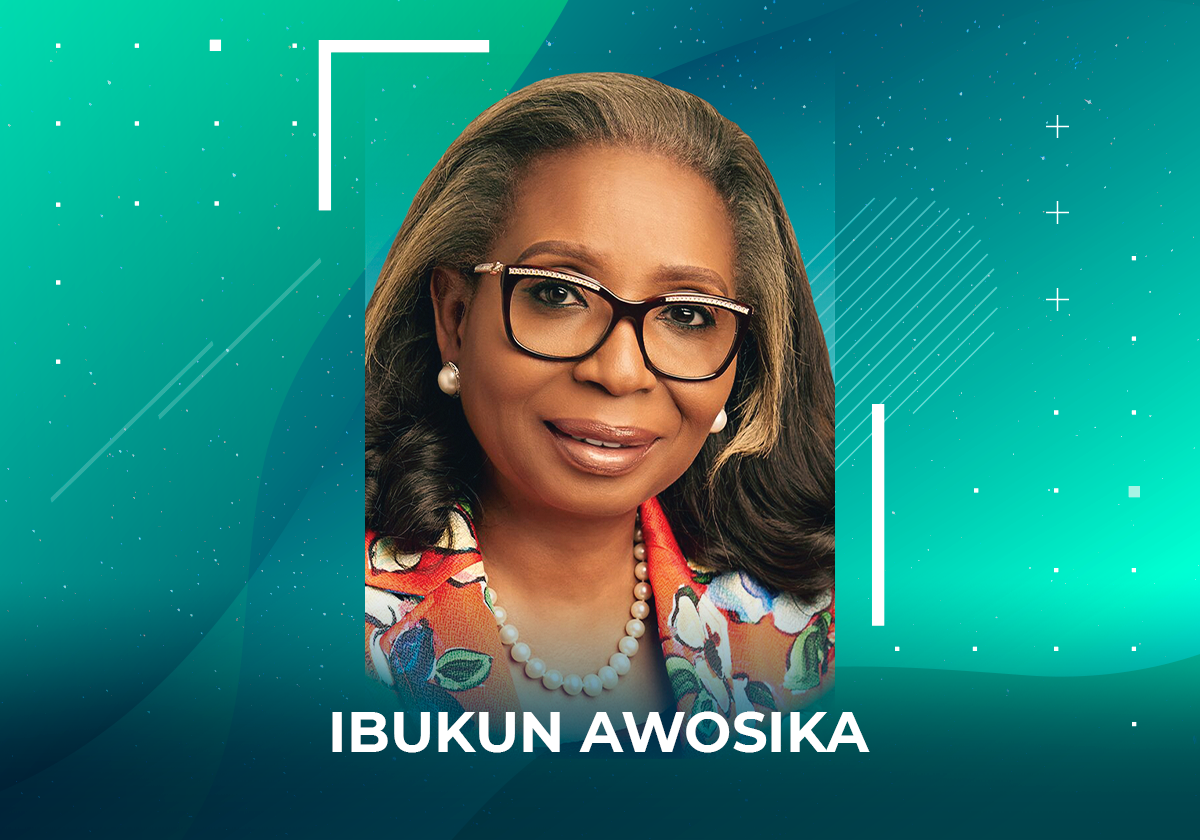 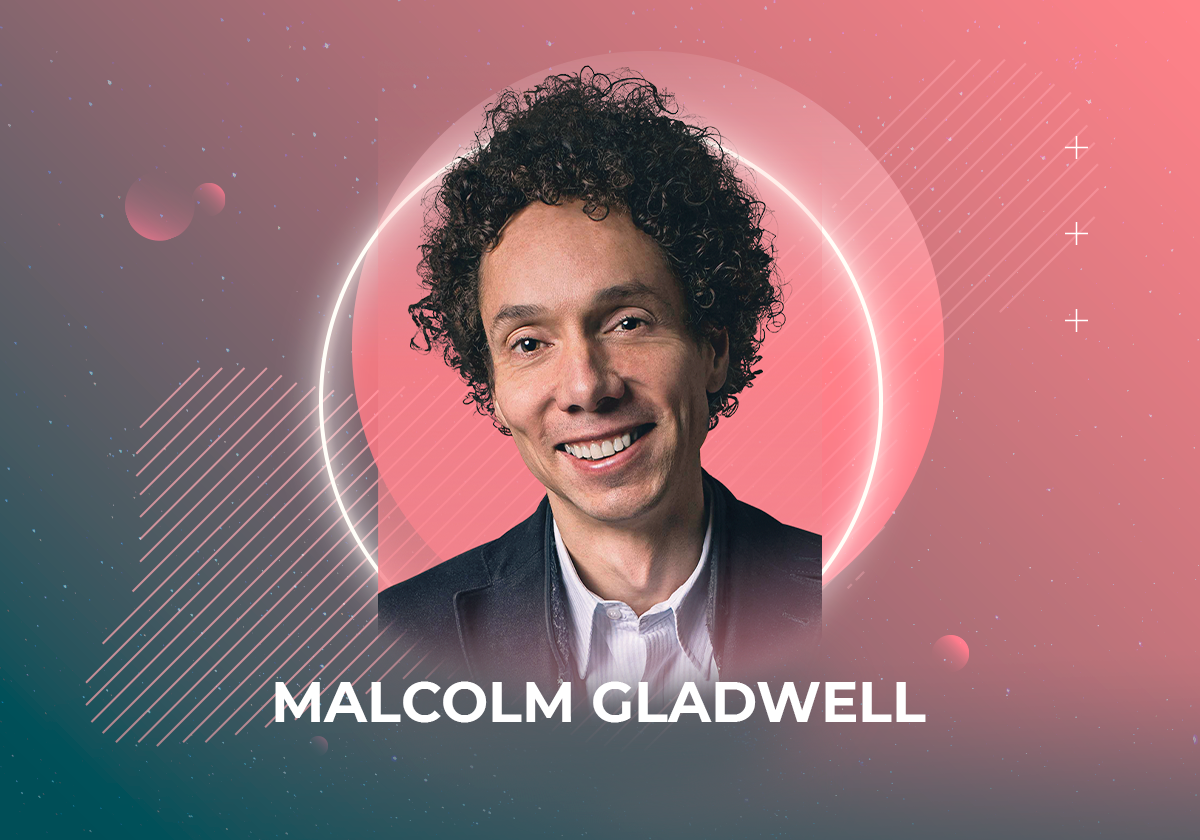 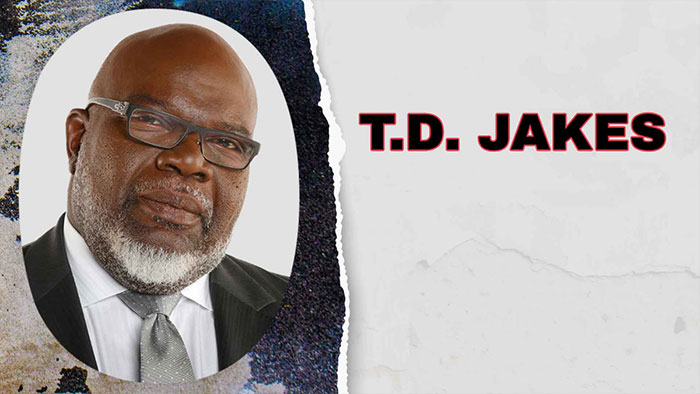 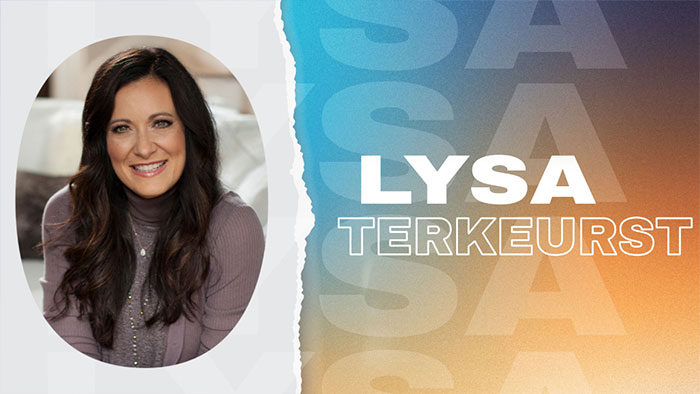 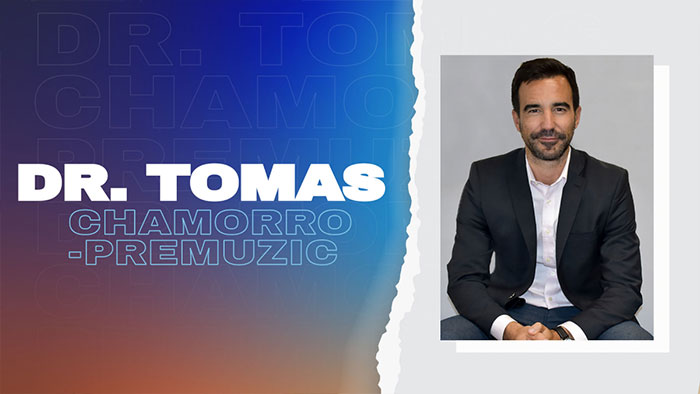 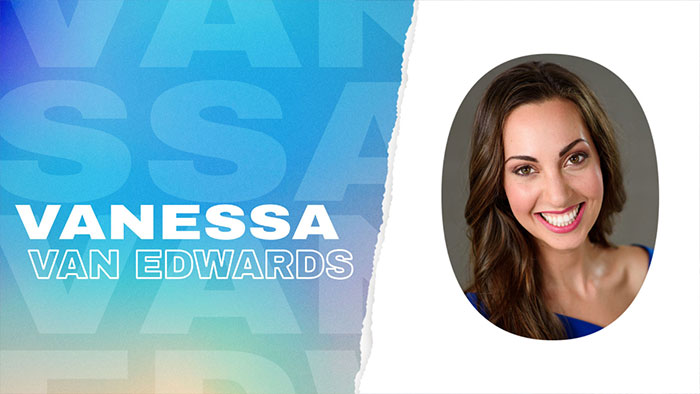 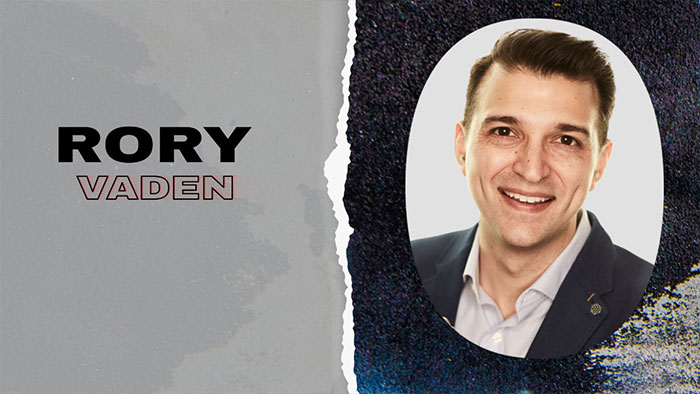 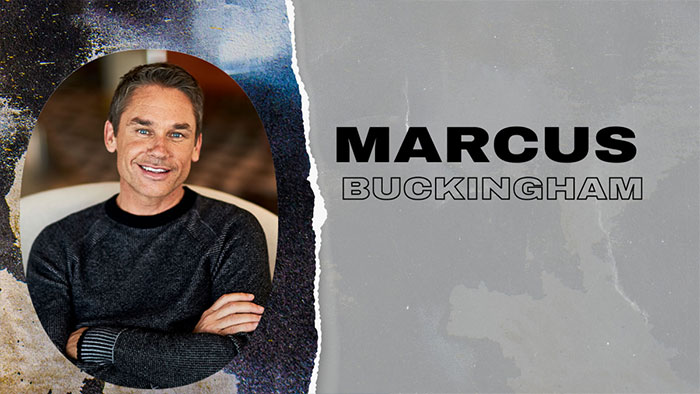 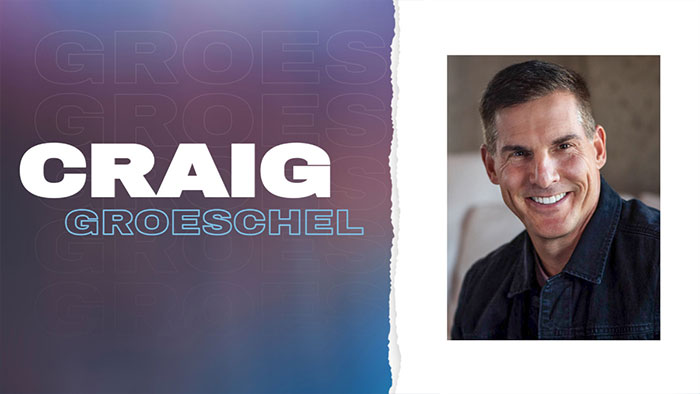 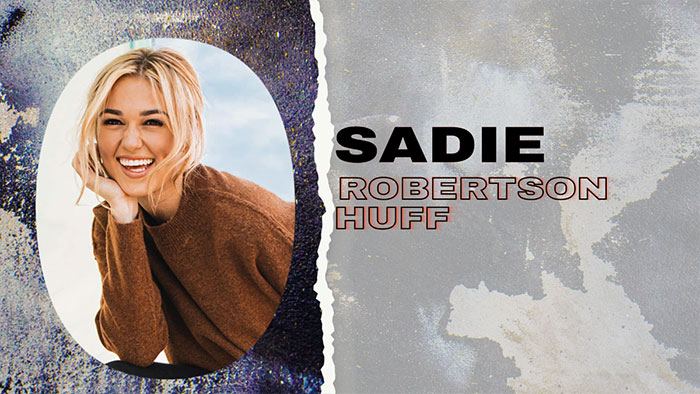 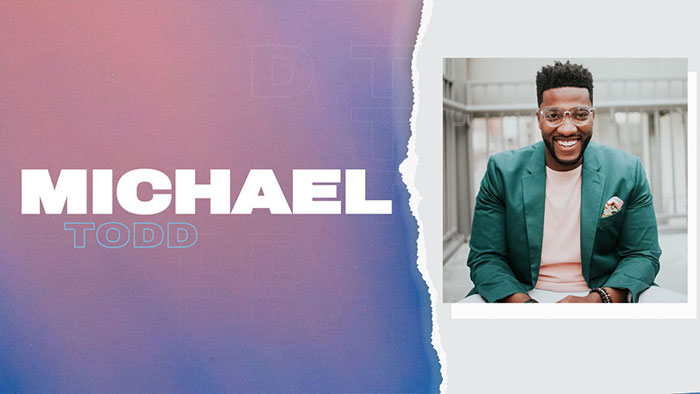 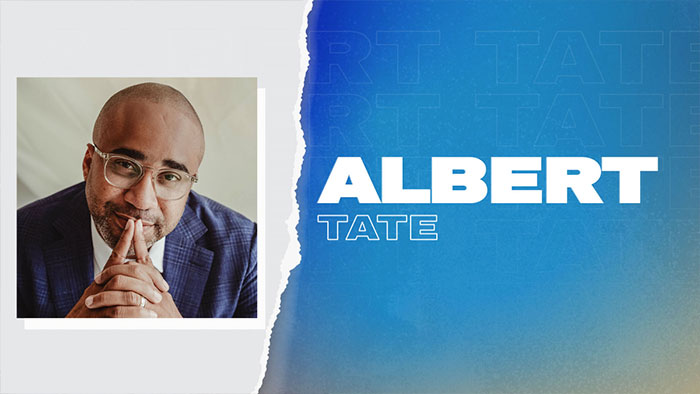 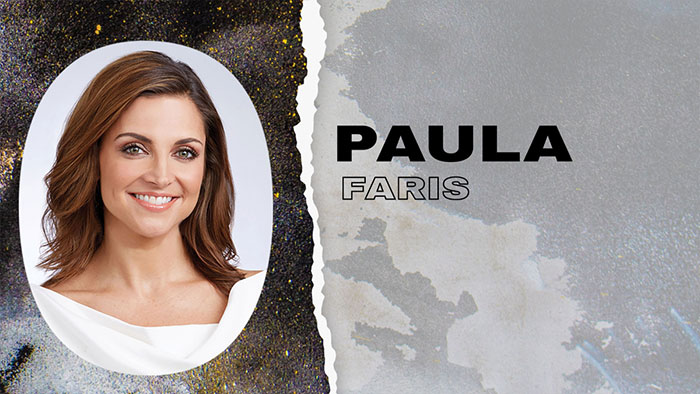 Jon Acuff is the New York Times best-selling author of seven books, including his newest release, Soundtracks: The Surprising Solution to Overthinking. For over 20 years he’s helped some of the biggest brands in the world tell their story, including The Home Depot, Bose, and Staples. He’s an Inc. magazine Top 100 Leadership speaker, and has spoken to hundreds of thousands of people at conferences and companies around the world including: FedEx, Nissan, Microsoft, Chick-fil-A, Nokia, and Comedy Central. He’s also written for Time, Harvard Business Review, Fast Company, Reader’s Digest, and MSNBC. His large and highly engaged social media following includes people who look to him for his unique blend of humor, honesty, and hope.

With over 30 years of experience catalyzing transformative growth in the aviation sector, Stephanie Chung has widely been recognized as a trailblazer. She was the first African-American president of a major private aviation company when she took the helm as President of JetSuite. During her tenure at JetSuite, Chung repositioned the brand from a commodity service to a luxury customer experience, upgrading the fleet, and elevating the client experience. Under her leadership, JetSuite was voted one of the Best Places To Work by the Human Rights Campaign. Chung also served as VP of Sales for Flexjet where she oversaw a sales organization and strategic deal team that together generated over $835 million in revenue. Prior, she held influential roles at US Airways (now operating as American Airlines), Delta Air Lines, and Bombardier. In 2020, Chung joined Wheels Up, the leading brand in private aviation, as the company’s first Chief Growth Officer. Chung also serves as a member of C200, a community of the most successful women in business, as well as on the Advisory Council of the National Business Aviation Association and the Advisory Board of the Texas Commission on Law Enforcement. Her personal achievements have been recognized in D CEO Magazine’s Top 500 and inclusion in the Ebony Power 100. She has also been named as one of “2021 Top Women in Travel & Hospitality” by Women Leading Travel & Hospitality.

Communicator, author, and pastor Andy Stanley founded Atlanta-based North Point Ministries (NPM) in 1995. Today, NPM consists of eight churches in the Atlanta area and a network of nearly 130 churches around the globe that collectively serve nearly 185,000 people weekly. As host of Your Move with Andy Stanley, which delivers over 10.5 million messages each month through television and podcasts and author of more than 20 books, including his brand-new book releasing in 2022, Not In It to Win It, as well as Irresistible; Better Decisions, Fewer Regrets; The New Rules for Love, Sex & Dating; How to Be Rich; Deep & Wide; Enemies of the Heart; When Work & Family Collide; Visioneering; and Next Generation Leader, he is considered one of the most influential pastors in America.

Described as “a change agent” and “a powerful catalyst to drive entrepreneurship within big corporations”, Sahar Hashemi offers a simple, powerful toolkit to unlock start-up culture at big companies. A former lawyer, she started two ground-breaking businesses: the United Kingdom’s first coffee bar chain, Coffee Republic, which she grew to 110 stores and a £50 million market cap, and Skinny Candy, a market segment-defining brand of sugar-free sweets. Her first book, Anyone Can Do It, became a bestseller by demystifying the idea that entrepreneurship is an innate trait. Her latest, Start Up Forever, stems from her experience working with large corporations over the last decade and addresses one of the most pressing questions now facing large organizations: how to be more entrepreneurial. Named by Her Majesty the Queen (UK) as a “Pioneer to the life of the nation” as well as an OBE for services to the UK economy and to charity, her mission is to connect the heart as well as the head in big business and distil the unnecessarily complex subject of innovation and entrepreneurial behavior down into simple, actionable, and human terms.

Driving social and economic change in the workplace, Taylor leads SHRM toward fostering mutually beneficial work environments that serve both business and employees, reaching 300,000+ members in over 165 countries who impact the lives of more than 110 million workers every day. As a global leader on matters affecting work, Taylor is a sought-after voice by C-suite executives as well as state and federal elected policy makers. He is frequently invited to testify before Congress on critical workforce issues and authors a weekly column, “Ask HR,” in USA Today. He is the Chair of the President’s Advisory Board on Historically Black Colleges and Universities and serves on the U.S. Department of Commerce American Workforce Policy Advisory Board. His 20+ year career as a lawyer, human resources executive, and CEO in both the not-for-profit and for-profit space shape his knowledge and perspectives. His decades of industry leadership include senior and chief executive roles at IAC/Interactive Corp, Viacom’s Paramount Pictures, Blockbuster Entertainment Group, McGuireWoods LLC, and Compass Group USA. Most recently, he served as President and CEO of the Thurgood Marshall College Fund. His latest book is RESET: A Leader’s Guide to Work in the Age of Upheaval.

Lynsi Snyder-Elington has been named one of the most trustworthy leaders in the country by the Values Institute, and the top restaurant CEO and highest-rated female CEO by Glassdoor. As President and Owner of In-N-Out Burger, she credits their people-focused values and team-oriented atmosphere to landing a spot on Glassdoor’s Best Places to Work list for 7 years and Forbes’ list as one of the Best Employers in America. From the day Lynsi was born, In-N-Out Burger has been a significant part of her life. Her grandparents founded In-N-Out Burger in 1948 and to this day, the business remains privately owned and operated. Having always been a family business, Lynsi intends to keep it that way. Lynsi is committed to maintaining and enhancing the well-being of the entire In-N-Out family which now numbers approximately 30,000. Additionally, Lynsi directs and helps to oversee all of In-N-Out’s philanthropic efforts through the In-N-Out Burger Foundation and the Slave 2 Nothing Foundation. Lynsi and her husband Sean are also the founders for the Army of Love, a nonprofit organization that exists for the purpose of uniting the body of Christ through training tools that will set them free to, in turn, set others free.

With over 19 years in the tech industry, Deb Liu has been named one of Business Insider’s most powerful female engineers and one of PaymentsSource’s most influential women in payments. Prior to joining Ancestry as President and CEO, she was a senior executive at Facebook, where she created and led Facebook Marketplace, a platform for millions of people to buy from and sell to one another. She also led the development of Facebook’s first mobile ad product for apps and its mobile ad network, in addition to building the company’s games business and payments platform, which includes Facebook Pay. Prior to Facebook, she spent several years in product roles at PayPal and eBay, where she led integration between the two products. She serves on the board of Intuit and Ancestry and is a seed investor and advisor to several startups. Additionally, she holds several payments and commerce-related patents. Actively involved in promoting diversity in tech, Deb founded Women In Product, a nonprofit with over 30,000 members, with the goal of connecting and supporting women in the product management field. She is a member of the Committee of 100, a group of prominent Chinese Americans, and was named an A100 by Gold House, an honor recognizing impactful Asian Americans. Deb’s new book, Take Back Your Power, releases in August 2022.

Vanessa Van Edwards is the national best-selling author of Captivate: The Science of Succeeding With People, which has been translated into 16 languages. Over 36 million people have seen her on YouTube and in her viral TED Talk. Her behavior research lab, Science of People, has been featured in Fast Company, Inc., USA Today, Entrepreneur Magazine, and on CNN, CBS, and many more. For over a decade, Vanessa has been leading corporate trainings and workshops to audiences around the world, including SXSW, and MIT, and at companies including Google, Dove, Microsoft, and Comcast. Her latest book is Cues: Master the Secret Language of Charismatic Communication.

Dr. Heidi Grant is a social psychologist who researches, writes, and speaks about the science of leadership. She is the Director of Research & Development for EY Americas Learning, and Associate Director of the Motivation Science Center at the Columbia University. Named often by Thinkers50 as one of most influential global management thinkers, Dr. Grant is also a contributor to the Harvard Business Review, 99U, Fast Company, Wall Street Journal, Forbes, The Huffington Post, Psychology Today, and has appeared frequently on CBS This Morning. In addition to her work as author and co-editor of the highly regarded academic book The Psychology of Goals, she has authored papers in her field’s most prestigious journals and has received numerous grants from the National Science Foundation for her research on goals and achievement. She is also the author of many best-selling books including her most recent release, Reinforcements: How to Get People to Help You.

Globally recognized as a leader of leaders, Craig Groeschel is the founder and senior pastor of Life.Church, rated the #1 place to work in 2021 for small and mid-size companies by Glassdoor. Known for their missional approach to leveraging the latest technology, Life.Church is the innovative creator of the YouVersion Bible App—downloaded more than a half a billion times worldwide. In 2020, Life.Church provided free tools to thousands of churches who quickly transitioned to a virtual church experience in the wake of the global health pandemic. Traveling the world on behalf of The Global Leadership Summit, Groeschel advocates for building leaders in every sector of society. He is also the host of the top-ranked Craig Groeschel Leadership Podcast. A New York Times best-selling author, his latest book is Lead Like It Matters.

Under Sam Adeyemi’s leadership, Daystar Christian Centre grew from a handful of people to more than 25,000 weekly, with highly recognized community impact projects. The author of numerous best-selling books, his television programs reach viewers on all continents. Adeyemi founded Daystar Leadership Academy, which is dedicated to releasing a new generation of leaders who will serve as catalysts in the transformation of Africa and the world.